Dr. Fred Adams s a western Pennsylvania native who has enjoyed a lifelong love affair with literature and film.  He holds a Ph.D. in American Literature from Duquesne University and recently retired from in the English Department of Penn State University. He has published over 50 short stories in amateur and professional magazines as well as hundreds of news features as a staff writer and sportswriter for the now Pittsburgh Tribune-Review. In the 1970s Fred published the fanzine Spoor and its companion The Spoor Anthology.  His novel, Hitwolf, will see print in early 2014 from Airship 27, and his nonfiction book, Edith Wharton’s American Gothic: Gods, Ghosts, and Vampires will be published by Borgo Press in 2014. Adams acted as the official press agent for CV Productions Inc., the first mixed martial arts company in America (1979-1983).  He sat ringside covering the new sport for the media and is credited with coining the phrase, “The Real Thing in the Ring.” 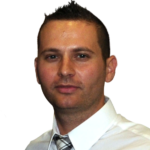 Bill Viola Jr. is a Pittsburgh, Pennsylvania based promoter, international martial arts champion, and founder of Kumite Classic Entertainment Corp.  Viola graduated Summa Cum Laude from the University of Pittsburgh in 1999 with a bachelor’s degree in Political Science and immediately moved to Hollywood, California to gain hands-on experience in the entertainment industry.  He subsequently earned acceptance into the Screen Actors Guild (SAG) and American Federation of Television and Radio (AFTRA) en route to establishing his own production company. The company’s signature event, The Kumite Classic, is widely recognized as the Mecca for martial arts in Western Pennsylvania and one of the largest expos of its kind (celebrating its 15-year anniversary in 2014). Viola established Kumite Quarterly magazine in 2003, serving as publisher and overseeing distribution throughout North America until 2007.  He is an accomplished freelance journalist, contracted by Sport Karate Magazine to cover the National Black Belt League World Games on location in Mexico, Canada and across the United States. Viola has served as an independent consultant for number major motion pictures including the mixed martial arts movie Warrior (2011).  He is also credited as an Associate Producer for the mixed martial arts inspired film Tapped (2014) starring MMA champions Lyoto Machida and Anderson Silva.